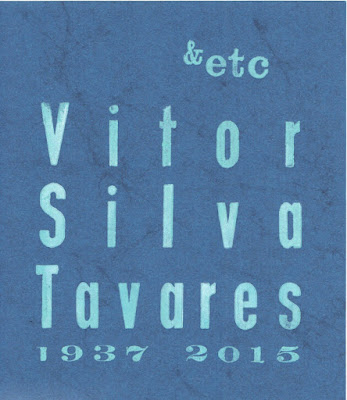 
The portuguese economy is in the toilet, and droves of it's citizens are fleeing to neighboring Spain to work just to put food on the table! Those who don't go to Spain are swimming, or jumping on bannana boats to go to Angola or Mozambique just to sell their body for cod to feed their families. The slightly better off portugee are flying to Brasil to live in a favela that is much better than the poor, decrepid conditions they live in now; at least here they can eat.
I observed the portuguese to be an ignorant bunch stuck in a mental time-warp that only focus on "how" good things were in the distant past rather than focusing on their now deteriorated, non-existant economy, and how bad things really are today.
Perhaps, this is "why" they can't seem to see the log stuck in their eyes but see the splinters in everybody elses eyes. I do find it ironic that they are racist toward Spain, Angola, Mozambique and Brazil only to later go look for a better life in these countries!
***TIME TO BOYCOTT 100% THESE RACIST XENOPHOBES!***
DO NOT SPEND YOUR HARD EARNED MONEY VISITING, BUYING PRODUCTS (WINE) AND EATING AT PORTUGUESE BUSSINESES! JUST THE FACTS FOLKS, AND MANY TENDER SNOWFLAKES (PORTUGUESE) "AVOID" THE FACTS IN LIFE!
ESPECIALLY GOOGLE THAT ALLOW RACIST/XENOPHOBIC COMMENTS MADE BY PORTUGUESE AGAINST SPAIN, ANGOLA, MOZAMBIQUE, BRAZIL ETC. WHY DO YOU CLEARLY ALLOW PORTUGUESE TO SPAIN-BASH FOR INSTANCE YET IT'S NOT OK FOR SOMEBODY TO DO THE SAME UNTO THE PORTUGUESE ON BLOGGER SITES, YOUTUBE ETC.? BUT, GOOGLE QUICKLY INVESTIGATE VIA moma inside google, SHUT DOWN THOSE SITES THAT SPEAK THE FACTS ABOUT PORTUGAL! WHY THE DOUBLE STANDARD GOOGLE? READ SOME OF THE FACTS BELOW AND EDUCATE YOURSELF GOOGLE, SCARED?? OR IS IT EASIER FOR YOU TO MERELY SHUT DOWN SITES THAT "OFFEND" PORTUGUESE, BUT OK FOR PORTUGUESE TO OFFEND OTHERS???
SOUNDS TO ME LIKE RACIST/XENOPHOBIC GOOGLE SHOULD BE "SHUT-DOWN" PERMANENTLY!
----------------------------------------------------------
"The Portuguese are anti-Spanish racists! Say NO to Portuguese everywhere on the planet! DON'T do business with them in any way, shape, or form! Portugal e uma merda!" Ruben Teixeira (2017).
"I Highly suggest that all those who are the victims of Portuguese constant Racial slurs unite and Veto these pathetic and multi-generational backward people (Sometimes also referred to as follows within a Global Context: Bacaladitos, Lusos, Portugee, Poortugee, Portoputas, Portugypsies, Azorians, etc.). A good start would be boycotting their wines, businesses, stores, soccer teams, and the ethnic group itself. Challenge them, Educate them - if you can because talking to a Portuguese is like talking to a Brick Wall - in order to Make them understand that this form of Racist behavior is NOT acceptable nor tolerated in today's society." Dr. Fuzeta (2015).
==============================================================================================================